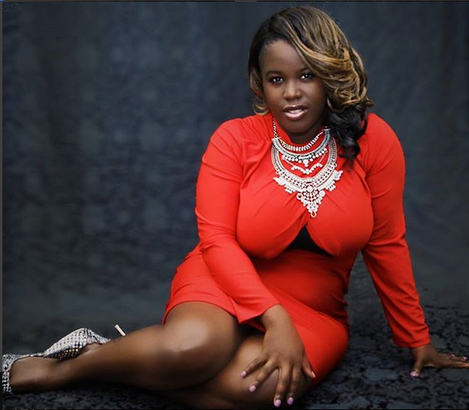 Best known for her vocal strength,
Dea Love’ Graham is a Contemporary and Soul artist. Starting her music career at a very young age in Brooklyn, New York Dea Love currently resides in sweet home Alabama where she performs her music, while inspiring and motivating the youth with her famous quote, “I Can.. I will.. I am."

Dea Love’ is currently in the studio working on her album Fight To Win, which is expected to be released in 2019. Her single, also titled
"Fight To Win", will be out soon.

Dea Love’ is an independent artist that has utilized her resources and skills to personally finance her ongoing project.

After progressing to the forth round of American Idol in 2006, Dea Love' stepped out on faith and started her singing career. Since then, she has continued to develop her vocal and writing skills by opening up for various artist like BET’s "Sunday’s Best" winners,
LeAndrea Johnson and Amber Bullock.
Dea Love’ has performed in many different venues, ranging from clubs such as Apache Café of Atlanta,  to outdoor venues such as the Alabama Blues Festival in Huntsville, Alabama. While at the Alabama Blues Festival, she was personally invited to open up for nationally known blues/soul singer Sir Charles. Dea Love’ also has performed alongside multiple artist of various  genres including Reggae artist Tarrus Riley and soul/blues artists Mose Stoval and Terry Wright.
Through it all, Dea Love’ has honed her vocal and performing skills to a level where, from the first note, she captivates her audience with her powerful and soulful voice, furthering a career goal every step of the way.